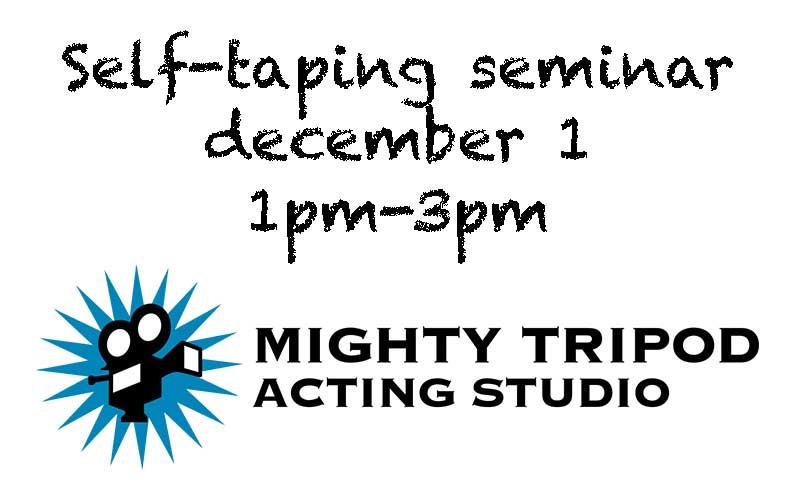 (CASH AT THE DOOR IS WELCOME!)

Saturday, December 01, 1-3pm
Ages: All (parents are encouraged to attend with their kiddos)
Experience Levels: All
Max Enrollment: 20
Cost: $40

Self-taped auditions are an industry norm, and actors need to know how to efficiently set up their space, film, edit, and deliver video auditions from their home at a moment’s notice. In this seminar, we will teach actors how to set up their space at home, and provide tips and best practices for executing high, self-taped video submitted auditions.

What we will cover:
Environment (what your set up should look like)
Light quality
Audio quality
Editing options
Delivery options
Acting tips for video auditions

Send your work:
If you have a sample of your self-tape work, please send us a link.

Live demo:
We will have time for a live demo. If you would like to participate, once you have registered, send us sides/copy from a recent self-taped audition, and we might have you work on-camera in front of the group.

What to Bring:
Something to take notes with.

If you have any questions, don’t hesitate to ask.
~ David and Angela