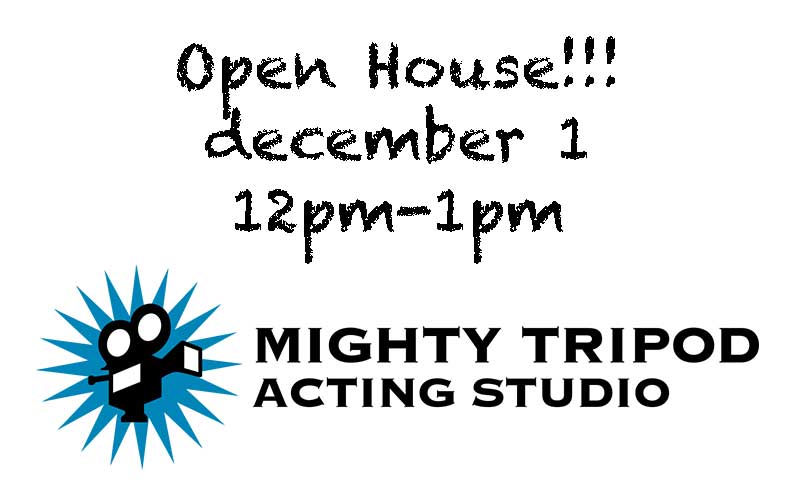 Come get to know Mighty Tripod Acting Studio in this free event for actors. If you are an actor and have not trained with us, come down to our Georgetown studio and get to know who we are, and what training in our studio can do for your career. This is also an opportunity to connect with other actors and expand your network.

This will be a casual event, but there will be a Q & A with founders, David S. Hogan and Angela DiMarco, so come with your questions. Also, if you have a monologue, bring that and share it with the group and get some coaching from David – this is highly recommended. And, bring your headshot and resume’ if you want feedback.

We want to welcome you to our new space, to get to know you, and answer any questions you might have about our school or the local industry.

Register on the bottom of this page.

Tickets are not available as this event has passed.