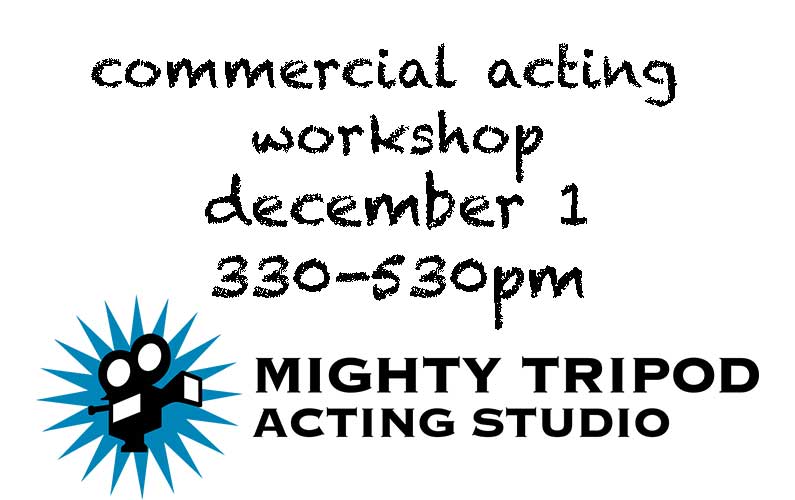 12 students, max. Register at the bottom of the page.
In this workshop, students will:

Comfort and Confidence in front of the camera is one of the keys to audition success, and in this workshop, actors will practice a variety of scenarios that will help them feel more at ease during the casting process.