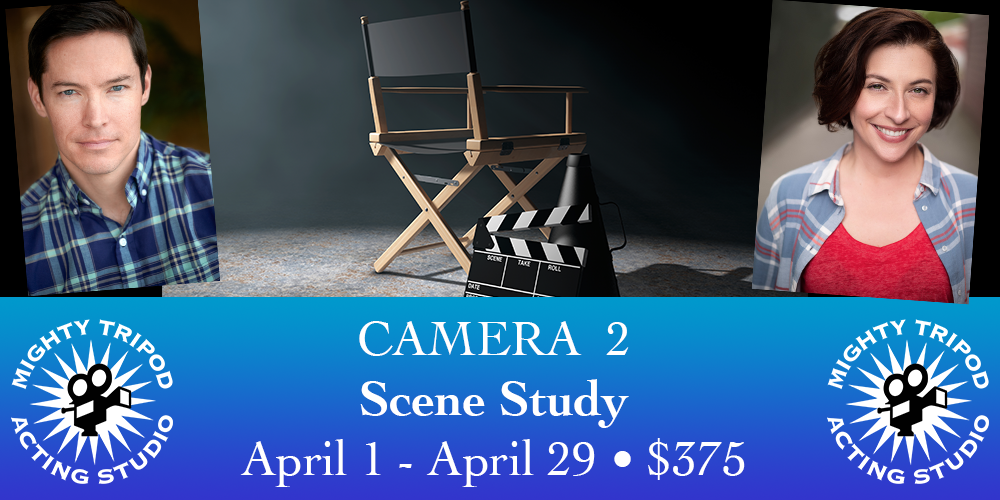 This course is for students who have taken Camera 1, and for those with some experience in front of the camera. While Camera 1 covered auditioning, Camera 2 will focus on scene work increasing your callback rate, learning comedy techniques, character development, refining your script analysis skills, and more.

Previous Camera 1 students will receive a 10% code for this course. Contact us if you don’t have that info.

During the 5 weeks, students will work on film/TV scenes (audition simulation and partner work), and some commercial/corporate copy. Camera 2 will also focus on video-submissions (which are becoming an industry standard).

As always, we send students home with video footage (on a flash card), so they can watch, learn and grow. Cameras are used in every class, and students receive access to all footage filmed.*  *Please bring a 8GB Class 10 SDHC flash memory card to class. We will also have them for sale.