So You Wanna Produce Seminar 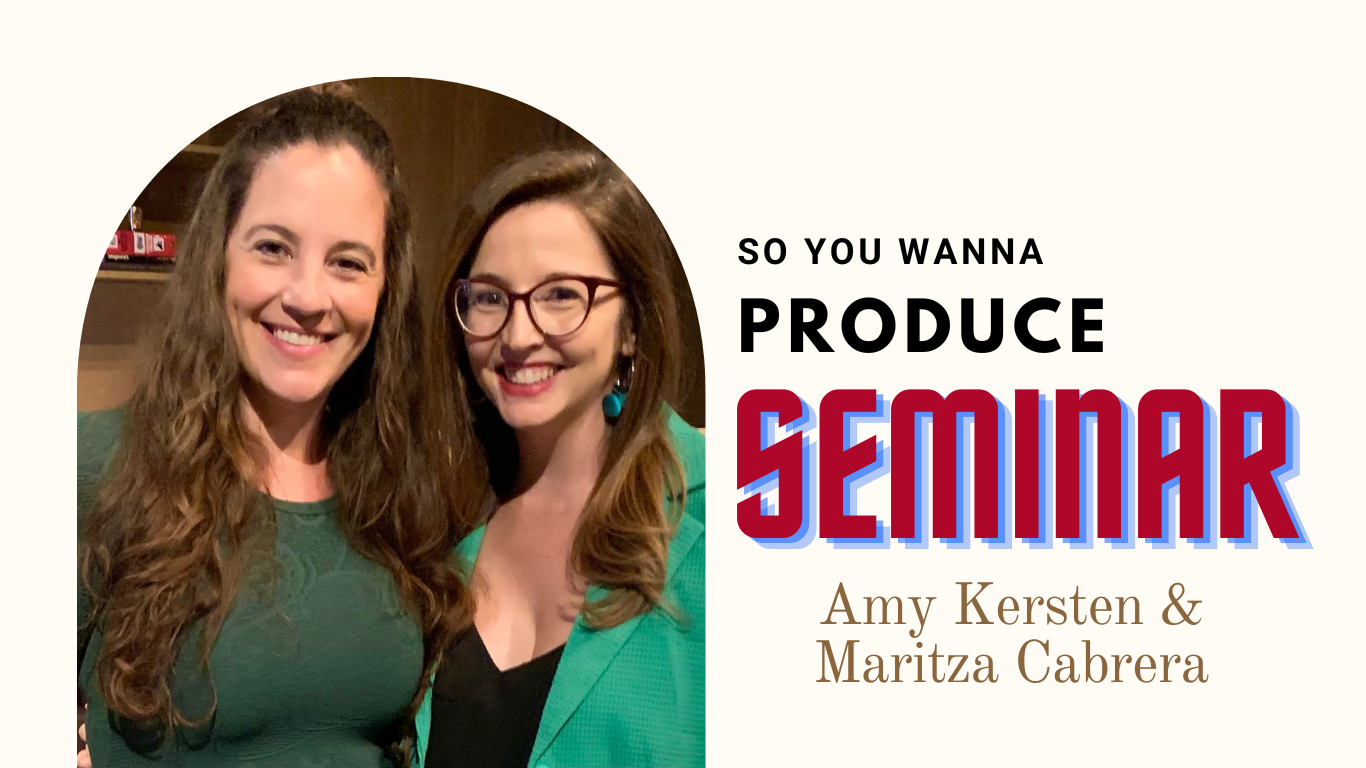 THIS IS AN IN-PERSON EVENT

At Mighty Tripod Acting Studio, we encourage our students to Master the Craft, Discover their Talent, and Empower their Art. In this seminar, Guest Instructors Amy Kersten and Maritza Cabrera are here to focus on our third tenet, Empowerment!

We have been in the trenches, producing our own content since 2012, but don't take it just from us, come to this seminar to be inspired by Amy & Maritza.

Learn how to produce your own content - from TikTok to a Feature Length film STARRING YOU!

Creating and producing your own work can fuel a professional acting career, pivot a personal brand, or expand into a multi hyphenate in the hopes of a writing and/or producing career along with an acting one.

This seminar is a dynamic and interactive discussion about creating independent feature film projects, shorts, web series, Tiktok‘s, Instagram series, and pilots.  The class will include Dos and Don’t for pre-production, production and post production advice. Followed by a Q&A.

Amy Kersten is an actor, writer, producer and editor.   She has spent the last decade writing and developing multiple digital series comedy including working as a staff writer for Lizz Winstead (The Daily Show) for her digital reproductive rights comedy series Lady Parts Justice, featured in Huffington Post and on MSNBC.

Amy wrote and co-produced three seasons of the award-winning digital series HOT MESS from 2009-2014.  Her pilot In Case of Emergency was a top-rated short in the Amazon All Voices Film Festival and the Second City Film Festival in 2018. Other short films include After The March, honored by The Geena Davis Institute, and HOYT, Kansas International Film Festival Honoree.

She was selected as a member of the 2018 #50WomenCan Cohort for Entertainment and Media and is a founding member of Clutch Productions, a non-profit devoted to producing new female-identifying voices with gender-balanced casts.

As an actor, Amy has appeared on Grey's Anatomy, 9-1-1, Sandy Wexler, and The Week Of and performed in the NBCUniversal 2020 Talent Showcase.  Amy can also be heard on the podcasts Deadtime Stories (Ranker), The Harvey Weinstein Trial Unfiltered, and the sci-fi thriller Southbridge which she also produced. Amy was born in Kansas and lived in New York and Shanghai before moving to Los Angeles. She is passionate about creating comedy, elevating women’s voices, and adapting true stories.

She is currently in pre-production for her first feature film, A Woman Abroad, which she also wrote and will be starring in.

Maritza Cabrera is a Cuban American Talent and Literary Manager and Producer at Zero Gravity Management, one of LA’s top Management/Production companies responsible for Ozark, Beast of No Nation, The Accountant, and The Marksman to name a few.  She represents a diverse roster of actors, writers, directors, and showrunners and enjoys making their dreams a reality.

Maritza’s professional start in the business of show was as an actress in the Broadway tour of Joseph starring Donny Osmond at the Chicago Theatre in her teens before studying Shakespeare at the London Academy of Music and Dramatic Arts and improvisation and sketch comedy at the Second City Conservatory (Chicago).  She went on to perform, co-write, and co-produce improvisation and sketch shows all over Chicago with several groups and had the honor of performing in Sketchfest. She co-produced, co-wrote, and co-starred in the web series Mags n’ Mel which she was in the running for an Emmy.  She was the Associate Producer on the acclaimed short film Near to Superstition and Producer for the short Shot of Whiskey.  She is currently in post-production for her first feature film as Producer, Clocked, and pre-production for her second feature A Woman Abroad.