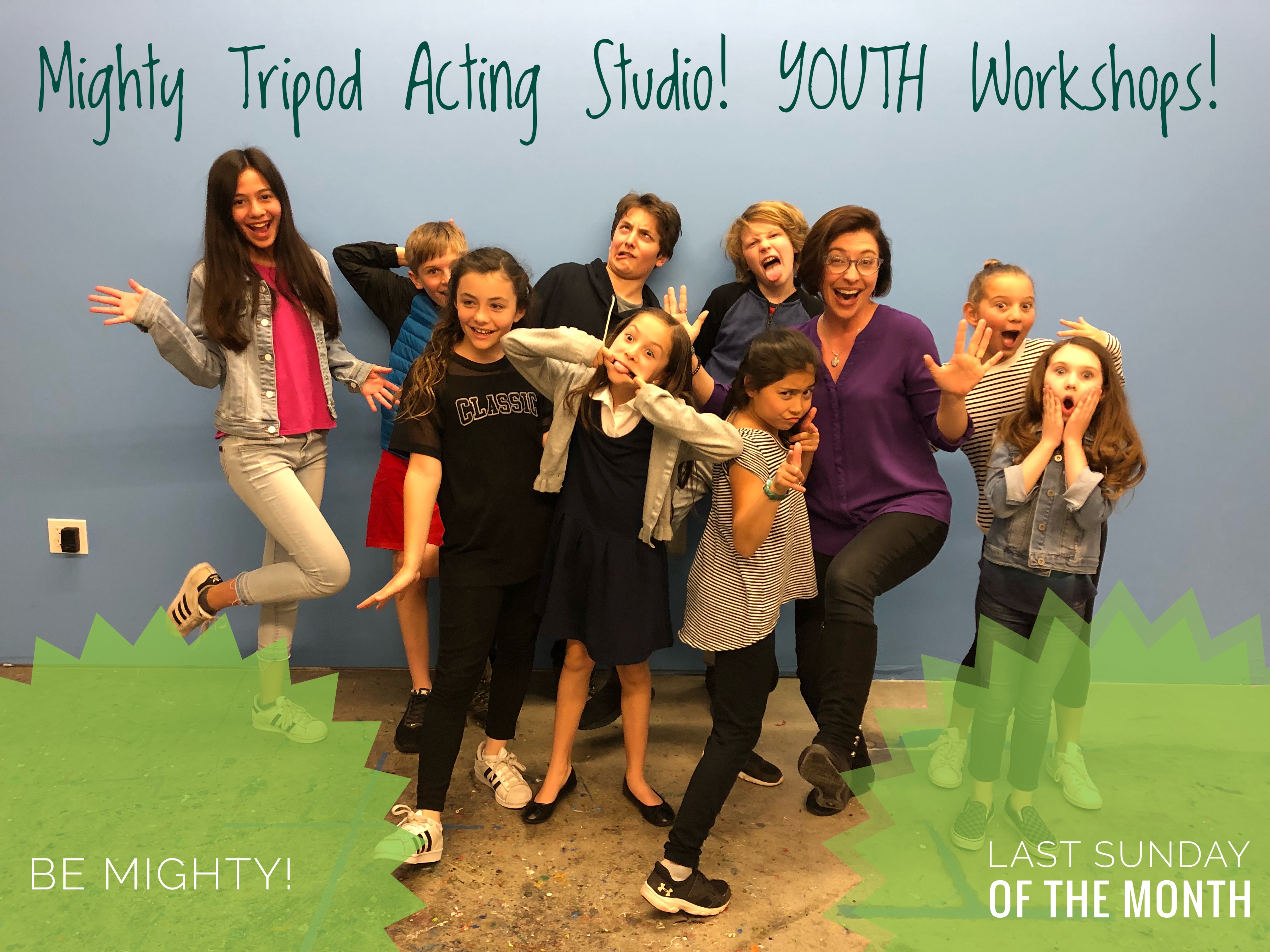 This month we focus on monologues!

This workshop is for actors of all experience levels. Ages 8-12.

Actors should always have at least two monologues ready to go: One comic and one dramatic, and something that shows off their craft. They need monologues which are age appropriate, featuring a character they relate to, and bring to life. You never know when a casting director, producer, director, or agent will ask you to prepare a monologue… Don’t be the actor who doesn’t have one.

This workshop will focus on helping actors bring their monologues to the next level by building the character, and creating a rich story around the given circumstances. A monologue is much more than just one person saying lines.

Actors are asked to bring in two pieces they want to work on. We will have some new monologues available, too.

[learn_more caption=”Click for Instructor Bio”] Angela was born and raised in Seattle, Washington. She started in professional Theatre as a child and fell in love with performing. She was cast in her first feature film, Waiting for the Light (starring Shirley MacLaine) when she was 10 years old. She then went on to study Commedia Dell’Arte, improv, and soon started teaching others. Since then, she has become a full-time teaching and performing artist in Los Angeles and the NW. Angela not only has a passion for performing but also for working with children. Having been a child actor, Angela enjoys helping guide young artists on their creative journey. She has taught and volunteered at out-reach programs for at-risk teens. When she is not teaching or on screen, Angela performs with the Seattle Repertory, Village Theatre, Intiman, Seattle Public Theater and more. She is humbled to be a consecutive three time Gregory Award nominee. Credits Include: the feature films The Parish, Hollywood Kills, Switchmas, The Device, By Gods Grace, Brides To Be, and Paralytic[/learn_more]

Look forward to seeing you all soon!
~ Angela DiMarco