Intro to Acting and The Industry 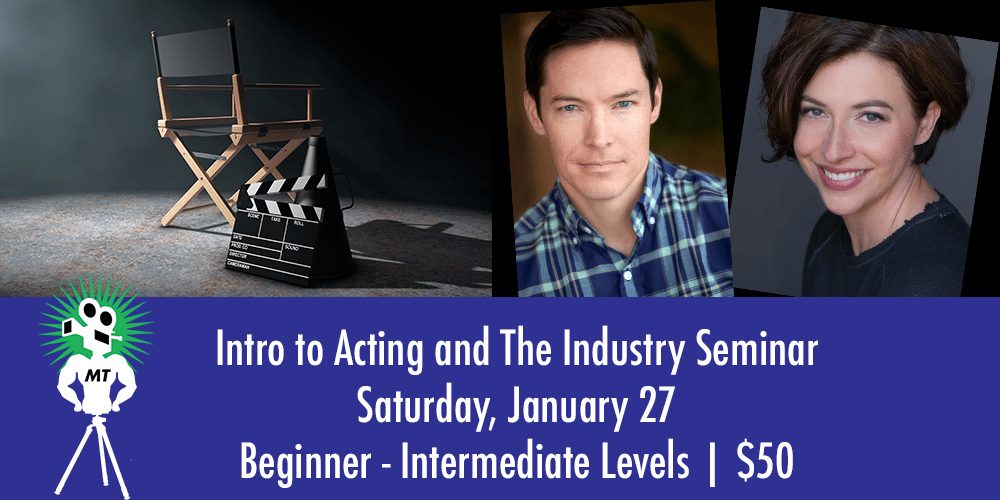 What: Intro to Acting and The Industry Seminar
When: Saturday, January 27, 12pm – 3pm
Where: MTP Studios, Georgetown
Levels: Beginner – Intermediate, ALL AGES

Join Mighty Tripod Acting Studio founders, David S. Hogan and Angela DiMarco for a One Day Intro to Acting and The Industry Seminar.

Learn the foundations of the craft of acting, the structure of the audition process, and the business of the business:

Bring your headshot and resume’ (if you have them), and something to take notes with.

16 students, max. Register at the bottom of the page.