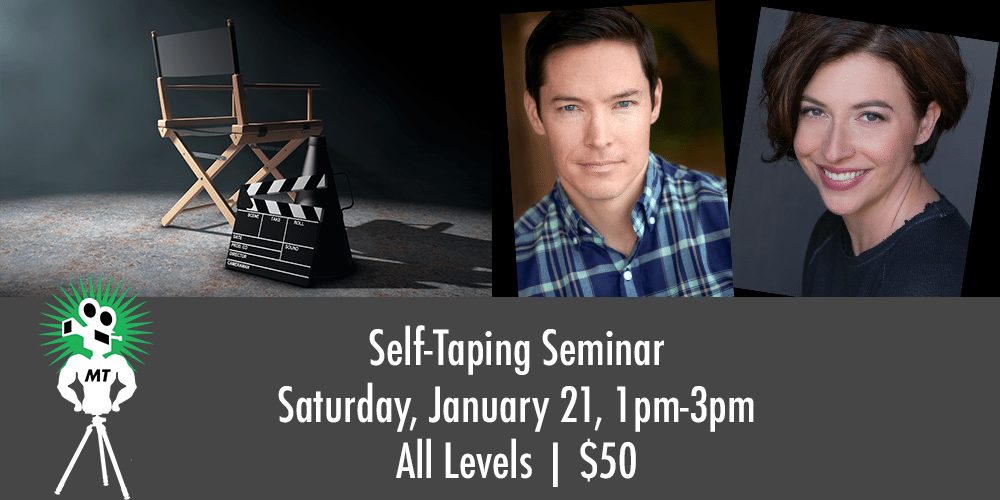 What: On-Camera Self Taping Seminar
When: Saturday, January 21, 1pm – 3pm
Where: MTP Studios, Georgetown
Levels: All
Ages: All (young actors should have parents in attendance)

**THIS EVENT IS SOLD OUT. SUBSCRIBE TO OUR SITE FOR UPDATES ON FUTURE CLASSES!

Join Mighty Tripod Acting Studio founders, David S. Hogan and Angela DiMarco for a One Day Self-Taping Seminar. Self-Taped Auditions are becoming an Industry norm, and actors need to learn how to execute the most compelling and professional looking videos to stay competitive.

Bring any samples of your self-tapes for review (depending on attendance, we may not be able to review all tapes), or have them easily accessible on a hosting site like Vimeo or YouTube.

20 students, max. Register at the bottom of the page.