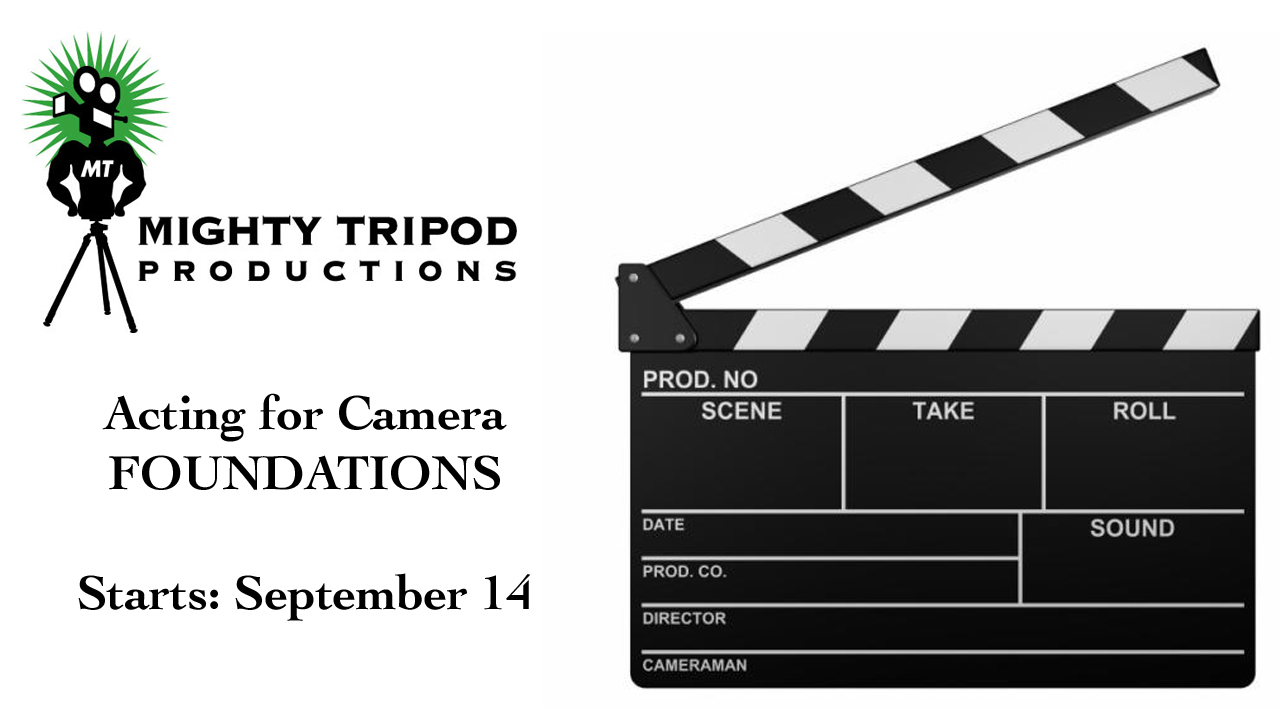 This is our fundamentals course for actors (13 years old and up – with some exceptions), which offers an extremely well rounded curriculum, giving students comfort and confidence in front of the camera and setting them up for success in any venue (film, TV, commercial, etc.).

During this course, we will also look into the business of the acting business, covering things like agents, headshots, resumes, casting directors, and more. This is a great course for students new to acting in general, new to on-camera acting specifically, or those who have a bit of experience, but are looking to take their craft deeper. Cameras are used in class, and students receive access to all footage filmed.*

Angela was born and raised in Seattle, Washington. She started in professional Theatre as a child and fell in love with performing. She was cast in her first feature film, Waiting for the Light (starring Shirley MacLaine) when she was 10 years old. She then went on to study Comedia Del Arte, improv, and soon started teaching others. Since then, she has become a full-time teaching and performing artist in Los Angeles and the NW. Angela not only has a passion for performing but also for working with children. Having been a child actor, Angela enjoys helping guide young artists on their creative journey. She has taught and volunteered at out-reach programs for at-risk teens. She also prides herself in her annual short film production with Explorer West Middle-School students. When she is not teaching or on screen, Angela performs with the Seattle Repertory, Village Theatre, Intiman, Seattle Public Theater and more. She is humbled to be a consecutive three time Gregory Award nominee. Credits Include: the feature films Hollywood Kills, Switchmas, The Device, By Gods Grace, Brides To Be, and Paralytic