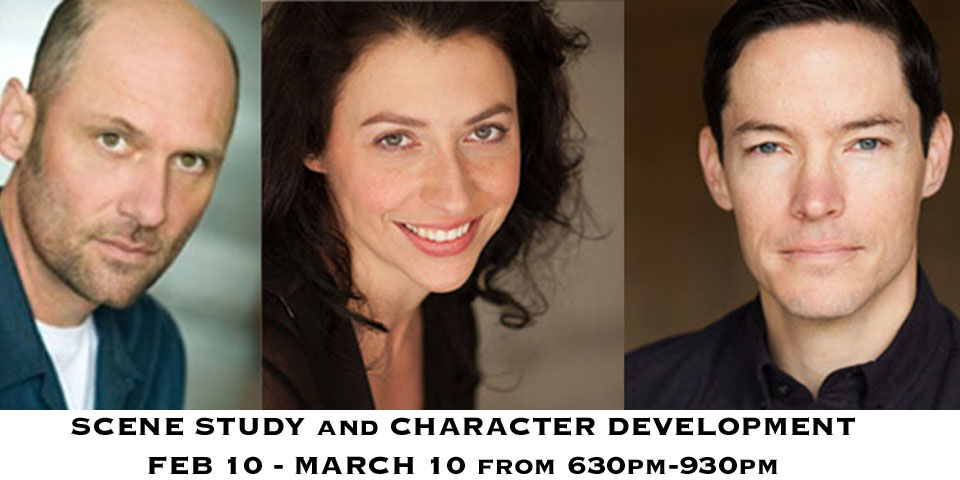 Camera 2 is our intermediate-advanced course for adult actors. This course is open for actors who have taken Camera 1/Foundations, or for those who have been granted instructor approval (If you have not taken Camera 1 or Foundations, please contact us before you register).

Cameras are used in class, and students receive access to all footage filmed.*
*Scenes and other videos are recorded onto SD cards, which we provide. These SD cards will be given to you. You can review your footage at home.

“My experience in Camera 2 with Mighty Tripod Productions has helped me make amazing progress in front of the camera. I truly believe that focusing more on scene study in this class has helped me to reach a new level of authenticity on film. It was a great blend of receiving acting and technical feedback. The great thing about the teachers is that students get very honest feedback that helps them improve a lot faster. They are also readily available for all questions in and outside of class and are incredibly helpful in providing advice about the industry. I very much appreciated my time in the class and feel that I have improved and learned a great deal. It is most definitely time well spent training in Camera 2.
~ Rebecca Kim

“Working with David and Tony in the Camera 2 class has been instrumental in re-framing how I approach my scene work and character development. They offered challenging alternate choices for given situations that gave me the freedom to continue to discover nuances and build higher stakes throughout the filming process, take after take after take… I feel that I have left this class with more valuable tools than I anticipated and I’m eager to put them to use in my work moving forward. Also to work with these two again! Incredibly talented actors and directors with a solid eye for refining their students’ trouble spots.”
~ Andi Norris

This dynamic, 5 week course is for actors who:

Our class is taught by David S. Hogan and Tony Doupe’, with assistance from Angela DiMarco.

David has been acting professionally in Seattle since 2000, and his work in theater is critically acclaimed (David is a three time winner of the Seattle Times Footlight Award for Stellar Acting – 2002, 2009, and 2012. He also received the 2012 Gypsy Rose Lee Award). His work in front of the camera began in earnest in 2010, and since then he has worked frequently in the medium. Recent credits include: Deadline, Booked, A Bit of Bad Luck starring Cary Elwes, The Maury Island Incident, and Trauma. He is a passionate advocate for the northwest actor, and his dedication to the craft and elevation of the Seattle film actor is unparalleled.

Angela was cast in her first feature film, Waiting For The Light, when she was 10 years old. She was born and raised in Seattle but has lived and worked in the midwest, and Los Angeles. After moving back to the NW, she worked in professional Theatre for 10 years. Angela is a consecutive three-time Gregory Award Nominee. She returned to film in 2011 as Rosie Finkelstein in the film Switchmas, starring Elliott Gould. You can also see her in The Device, Together Forever, Trauma, Worst Laid Plans and Legends from the Sky. Angela has found a perfect balance for both Film and Theatre in her career. Angela and her husband David S. Hogan launched their own company, Mighty Tripod Productions in 2012. They produce original work while collaborating and coaching local artists. She is happy to be a teaching and performing artist in the place she has always called Home.

Tony is a SAG-AFTRA actor with an MFA from California Institute of the Arts. An actor for over 30 years, recent credits include a supporting roles in the feature films The Last Rescue, Wild, starring Reese Witherspoon, Laggies, staring Kira Knightly, Eden, starring Beau Bridges and the role of “Walt” in Ira Finkelstein’s Christmas with Elliott Gould and David DeLuise, directed by Sue Corcoran. Tony co-starred as “Lynch” in the feature film The River Sorrow, with Ray Liota and Christian Slater, presented at the 2011 Cannes Film Festival. He has leading roles in the feature films, Frayed, Kononia and The Off Hours written and directed by Megan Griffiths, seen at the 2011 Sundance Film Festival and Safety Not Guaranteed starring Kirsten Bell and Aubrey Plaza. He has been a guest star for the TV series Leverage starring Timothy Hutton, Grimm and Z Nation. You can learn more about Tony’s extensive resume’ on his IMDB page.