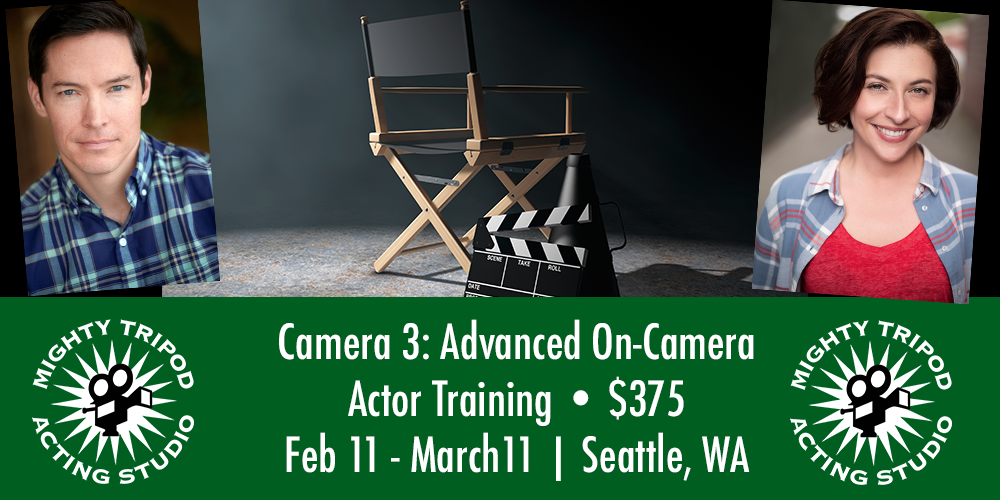 Camera 3 will focus on scene work, on-set simulation, emotional preparation, and advanced on-camera techniques. Over the 5 weeks, actors will work in pairs with scenes from film or TV.

Camera 3 is the third and final step in our on-camera training progression. With lessons learned in this course, you will be able to apply everything you have learned in Camera 1 and Camera 2, and bring your characters and scenes to their full, dynamic potency. Our goal is to prepare you for the real world of the on-camera industry, and after this course, we believe you will be ready to handle any audition or set.

Once you have completed Camera 3, you will be able to apply for our quarterly Masterclass for on-going actor training.

Finally, we send students home with video footage (on a flash card), so they can watch, learn and grow. Cameras are used in every class, and students receive access to all footage filmed.*  *Please bring a 8GB Class 10 SDHC flash memory card to class. We will also have them for sale.