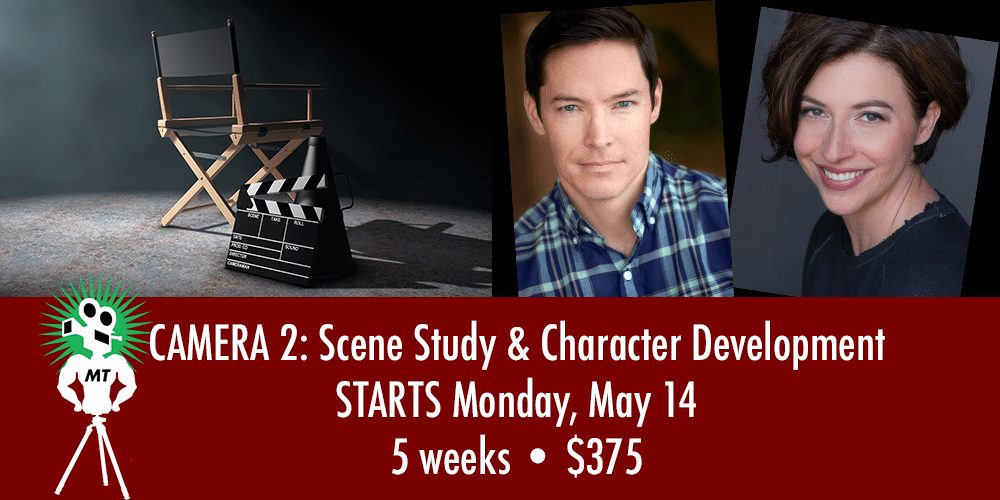 This course is for students who have taken Camera 1, and for those with some experience in front of the camera. While Camera 1 covered auditioning, Camera 2 will focus on increasing your callback rate, refining your script analysis skills, character development, teaching on-camera techniques, and more.

During the 5 weeks, students will work on challenging scenes (audition simulation and partner work), and some commercial/corporate copy. Camera 2 will also focus on video-submissions (which are becoming an industry standard). Self-taped videos will be reviewed, and we will give feedback to each student, teaching them how to make professional looking videos, filled with strong acting choices.