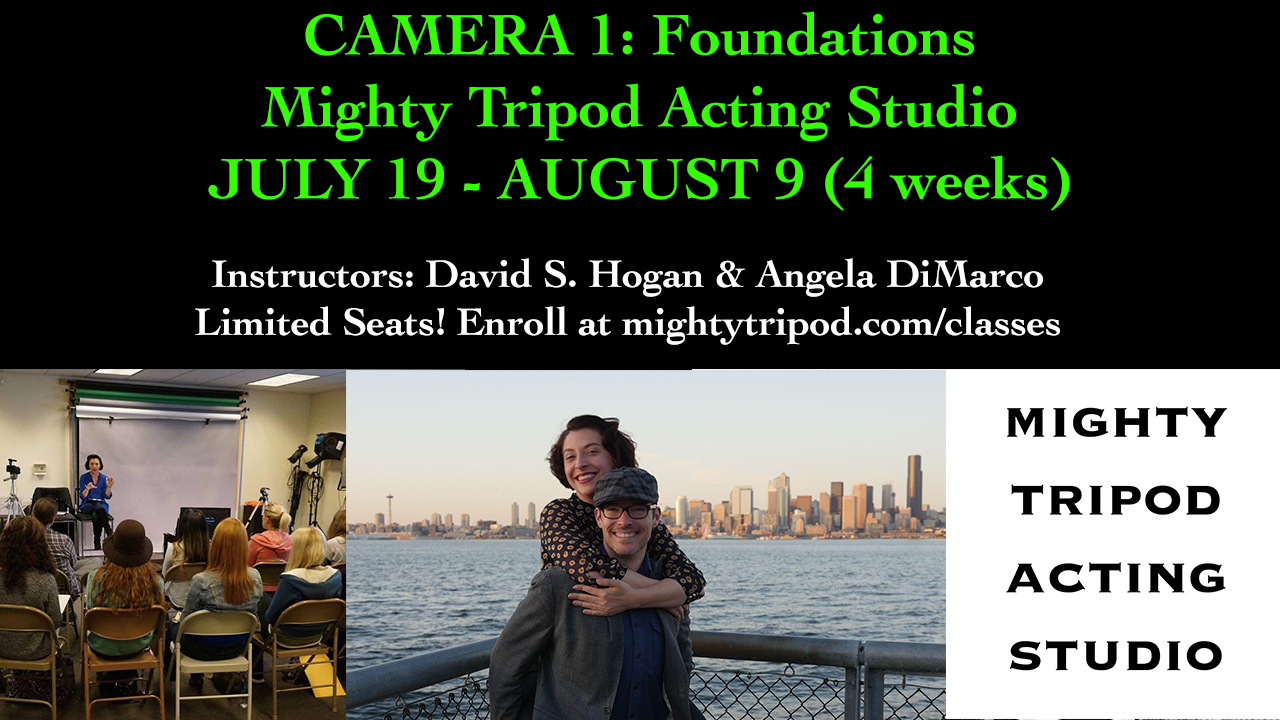 Camera 1 is our fundamentals course for which offers an extremely well rounded curriculum, giving students comfort and confidence in front of the camera and setting them up for success in any venue (film, TV, commercial, etc.).

During this course, we will also look at the business of the acting business, covering things like local talent agents (and how to secure representation), actor headshots, resumes, casting directors, where to find auditions, and more. This is a great course for students new to acting in general, those new to on-camera acting specifically, or actors who have some experience, but are looking to take their craft deeper.

Cameras are used in class, and students receive access to all footage filmed.*

*Please bring a 8GB Class 10 SDHC flash memory card to class. We will also have them for sale for $10.

This dynamic 4 week course is for actors who are:
New to the world of acting.
Looking to book more auditions.
Needing confidence in their work.
Looking for new tools to add to their craft.
Experienced in stage acting, but new to on-camera acting.
Ready to learn more about how to get ahead in the Seattle industry.