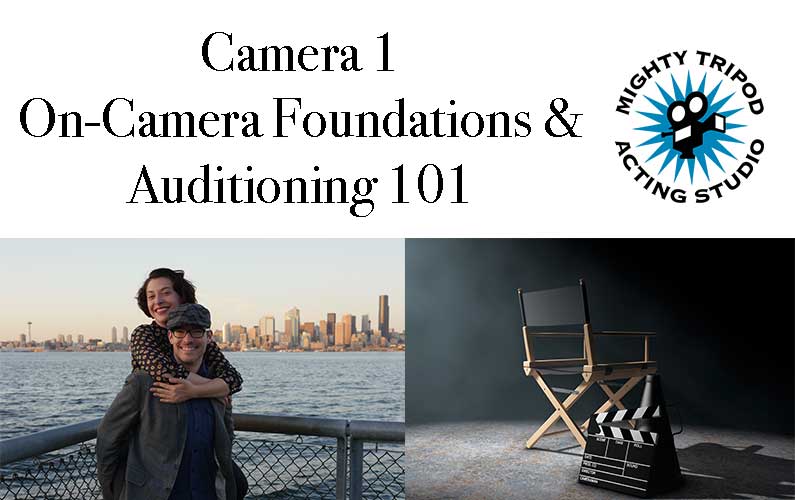 REGISTER: At the bottom of this page.

Camera 1 is our foundations course, which offers a well rounded curriculum, giving students comfort and confidence in front of the camera, and setting them up for success in any venue (film, TV, commercial, etc.).

This dynamic course is for actors who are: