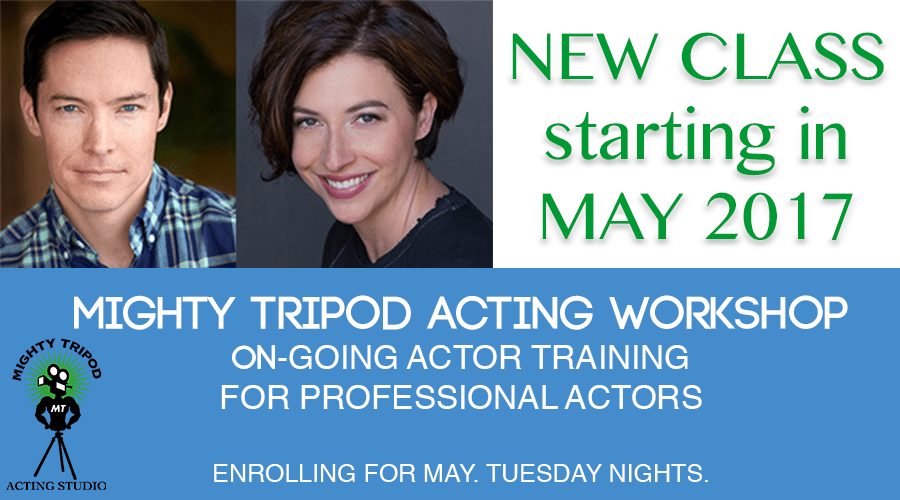 We are thrilled to offer this new training opportunity for professional actors.

To support our 5-week on-camera courses, we have The Mighty Tripod Acting Workshop, year-round, on-going training for professional actors in the northwest region. In the workshop actors can work every session. We will practice scene work, monologues, auditions, and more…You can learn script analysis, cold reading, improv, audition techniques (for commercial, film/TV, stage), Shakespeare, and the business of the business. Actors will be engaged, inspired, and connected to a supportive community of students, while training under working professionals, and founding partners, David S. Hogan and Angela DiMarco.

We have been teaching on-camera acting since 2012, coaching and training Seattle actors for work in this market and beyond. This session launches The Mighty Tripod Acting Workshop, and we look forward to seeing you in the classroom.

If you have any questions about joining us, please contact us today.

David has been acting professionally in Seattle since 2000, and his work is critically acclaimed (David is a three time winner of the Seattle Times Footlight Award for Stellar Acting: 2002, 2009, and 2012; He also received the 2012 Gypsy Rose Lee Award). His work in front of the camera began in earnest in 2010, and since then he has worked frequently in the medium. David began his training at Seattle University, where he developed his skills as a physical performer and comic actor, working in masque, and on broad, farcical plays. When in college, he also discovered the joy of performing Shakespeare. Since graduation, he has continued his training, working with a host of other exceptional teachers, learning about the craft and exploring performance and character development though a variety of techniques (Meisner, Method, Viewpoints, Suzuki, Classical Text Work). Recent credits include: Bad Samaritan starring David Tennant, Paralytic, Z Nation, The Scottish Play, Drowned World, Chronoception, The Device, Super Secret, A Bit of Bad Luck starring Cary Elwes. He is a passionate advocate for the northwest actor, and his dedication to the craft and elevation of the Seattle film actor is unparalleled. As a producer with Angela DiMarco, they have recently wrapped production on the feature film, Paralytic. 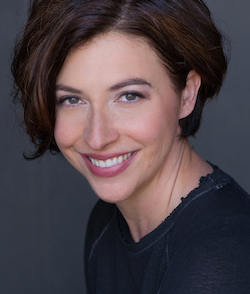